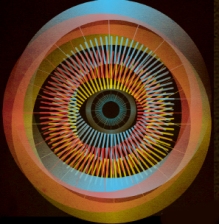 (http://tix.biff.com.au/)
IN THE COMPANY OF ERIC ROHMER
Marie Rivière | France | Filmmakers In Focus | 100 mins
AUSTRALIAN PREMIERE
"Rohmer [was] the romantic philosopher of the French New Wave, the director whose characters make love with words as well as flesh." - Roger Ebert
The late Eric Rohmer (The Aviator's Wife, An Autumn Tale), who passed away early 2010, was a deeply humanist filmmaker. His characters were filled with passion, humour and lashings of charm.
It is perhaps unsurprising that this deeply personal portrait of Rohmer from Marie Rivière reveals the same qualities in the director. Rivière has been a close collaborator of Rohmer's, and the star of several of his masterpieces (including The Green Ray, the Rohmer companion film for this BIFF program) - here she invites us into his conversations with friends and collaborators, including actors Fabrice Luchini and Arielle Dombasle, and director François Ozon.
D/P/WS Marie Rivière L French w/subtitles TD DigiBeta/2010 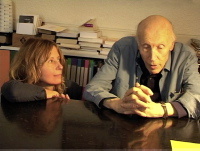